I am a Type 2 diabetic who has to worry about his blood glucose levels nearly all the time.  This is especially hard on me since I LOVE good crusty bread.  The other fact of life is that almost every standard breakfast item is a carb loaded things; cereal, toast, breakfast potatoes.

Eggs are fine but you end up having to cook them.  The other thing about eggs is that unless you do something to them the standard egg preps tend to get bland.  The biggest issue for me is that I don’t want to turn on the stove every morning to make something with eggs that would fulfill the low carb criterion.

I started doing this a week ago and this has worked out OK.  Make little egg frittatas and store them in the fridge.  They should be fine for a week (from the USDA).  Add whatever bits needed to make them flavourful and your imagination is the limit on what you want to put in them.  For this one I went with Spinach, Garlic and nutmeg.

Let me pontificate a bit here.  The reason everybody reaches for the Cholula hot sauce or tabasco or Sriracha or whatever version of the sauce sitting on the table or even smother the version of egg you have in front of you with salt and pepper is the one glaring missing ingredient in the eggs that we as humans crave in almost all of our dishes, “ACID”.  If we think about it almost all of our food is acidic in nature.  So take care of that when making these eggs. 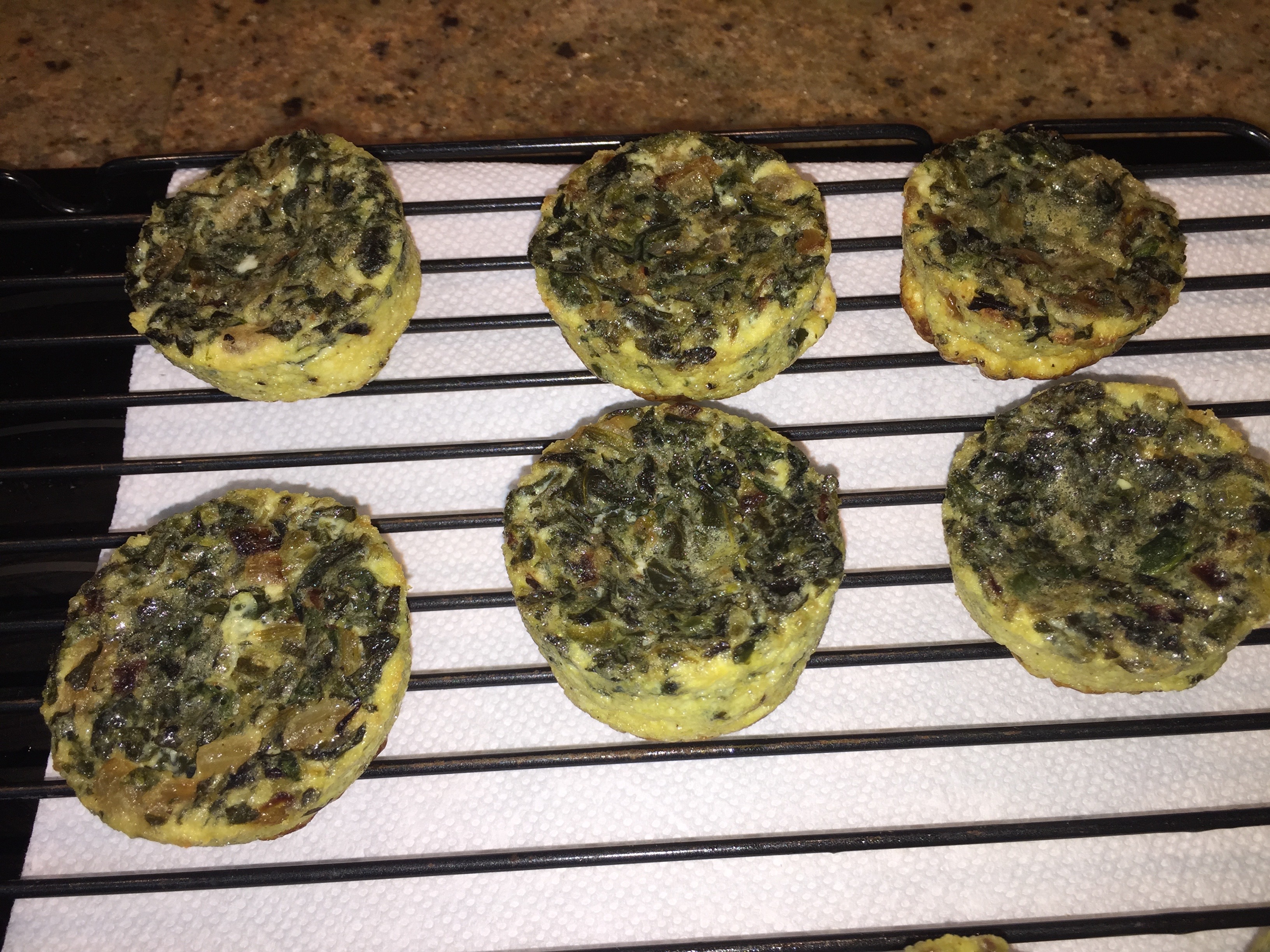 Sky is the limit of what you want to add into the eggs.  Peppers and Onions or whatever you choose to add to your omelettes or scrambled eggs can go in here.  Be careful with tomatoes since they add a bunch of liquid and will thin out the eggs as well as leave pockets of moisture.  I like partially dried tomatoes by sticking them in the oven to remove about 2/3 of their moisture or use sun dried tomatoes.

This post was posted in Breakfast, Low Carb, Opinions and Pontifications