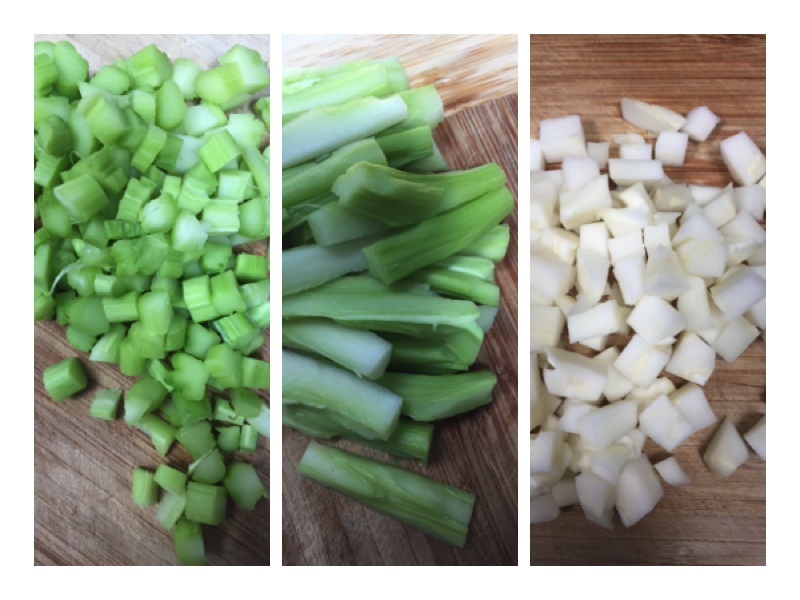 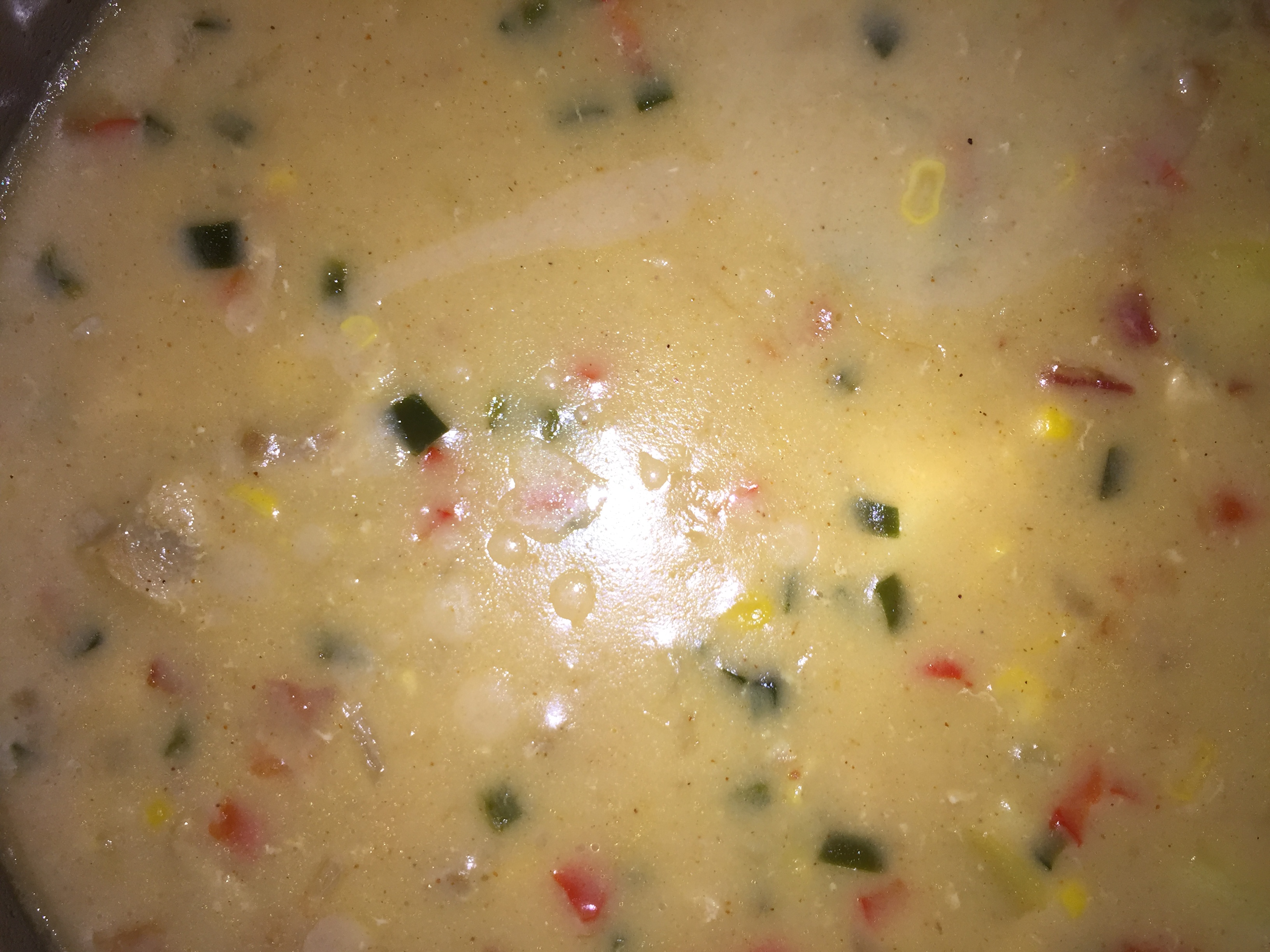 Chowdah, as it is pronounced around these parts, also known as chowder.  I had some chicken thighs in the freezer and I needed to put something together quick and one pan.  So this was my rendition of a chicken corn chowder.

Coorg is a region of India which now part of the State of Karnataka or Mysore as it was known during the Raj.  It has its own distinctive flavour profile and is characterized by the use of Vinegar in its marinades as well as the bright fruity acidity of the finished dish.  This particular recipe was an attempt to recreate a Coorg style Chicken curry recipe.

Serve with rice and Yogurt to to cool your mouth against the heat, if it is warranted.

This post was posted in Indian, Main Dish, Spices

ngs you don’t want to overload the collection of scraps you want to use to make a broth are remnants of cruciferous vegetables; the top of the list mostly found in our kitchens that belong to this group are, broccoli, cauliflower, cabbage of all kinds, regular,red and Napa, brussels sprouts, Collard greens, Kale, Bok Choy and surprisingly, Arugula and watercress fall under this as well.

Include these sparingly, or not at all.  This particular batch consisted of the following scraps

I had collected these trimmings for about a week in a tightly sealed ziploc bag in the fridge and I had pretty much filled up a Gallon bag full. 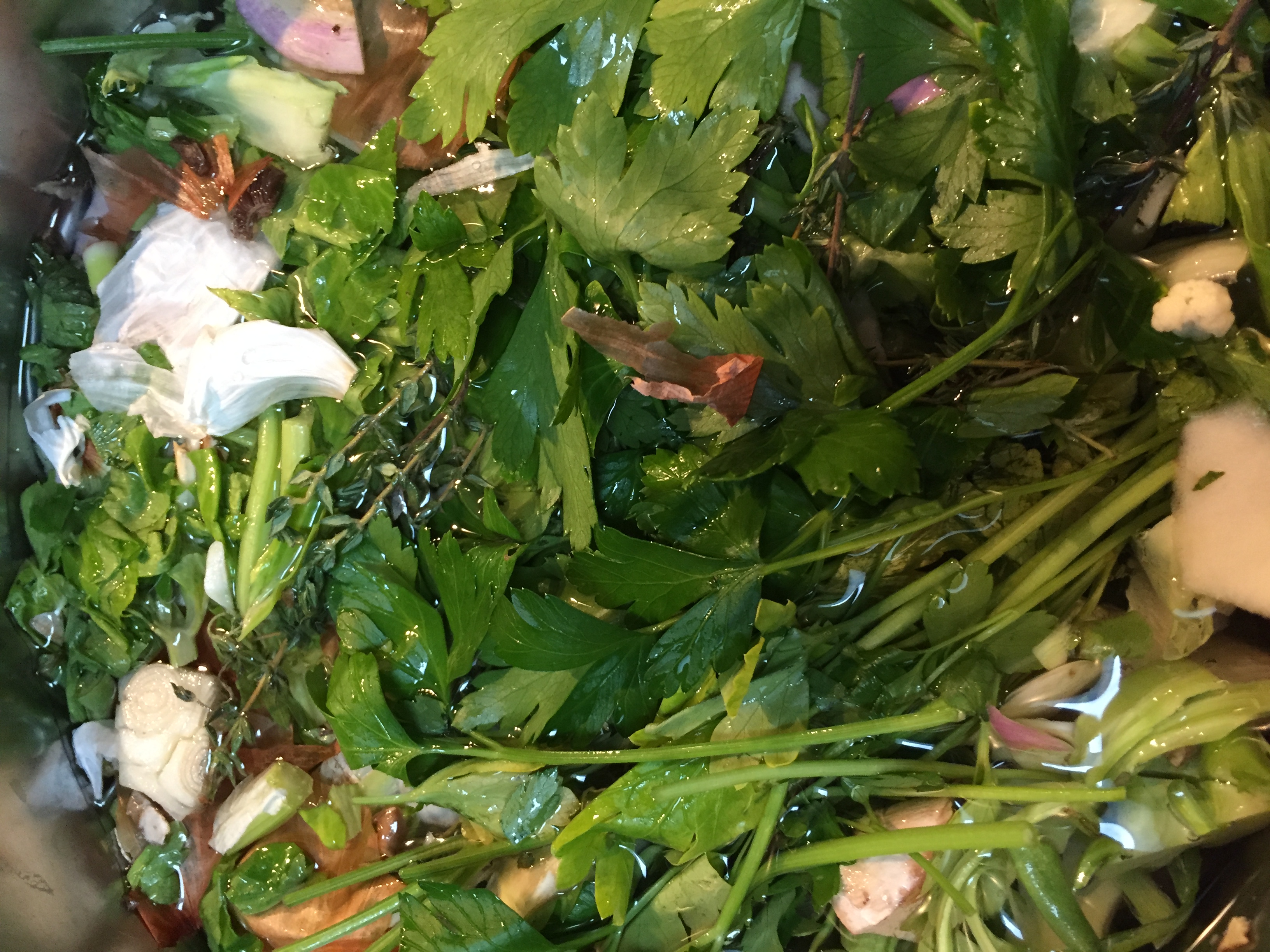 You will end up with a fat free clear broth with a whole lot of flavour that can be used wherever vegetable broth is called for.  I tend to freeze this broth in a muffin tin and then storing the resulting hockey pucks of veggie broth in ziploc bags in the freezer.  These are good for 6 months to a year. 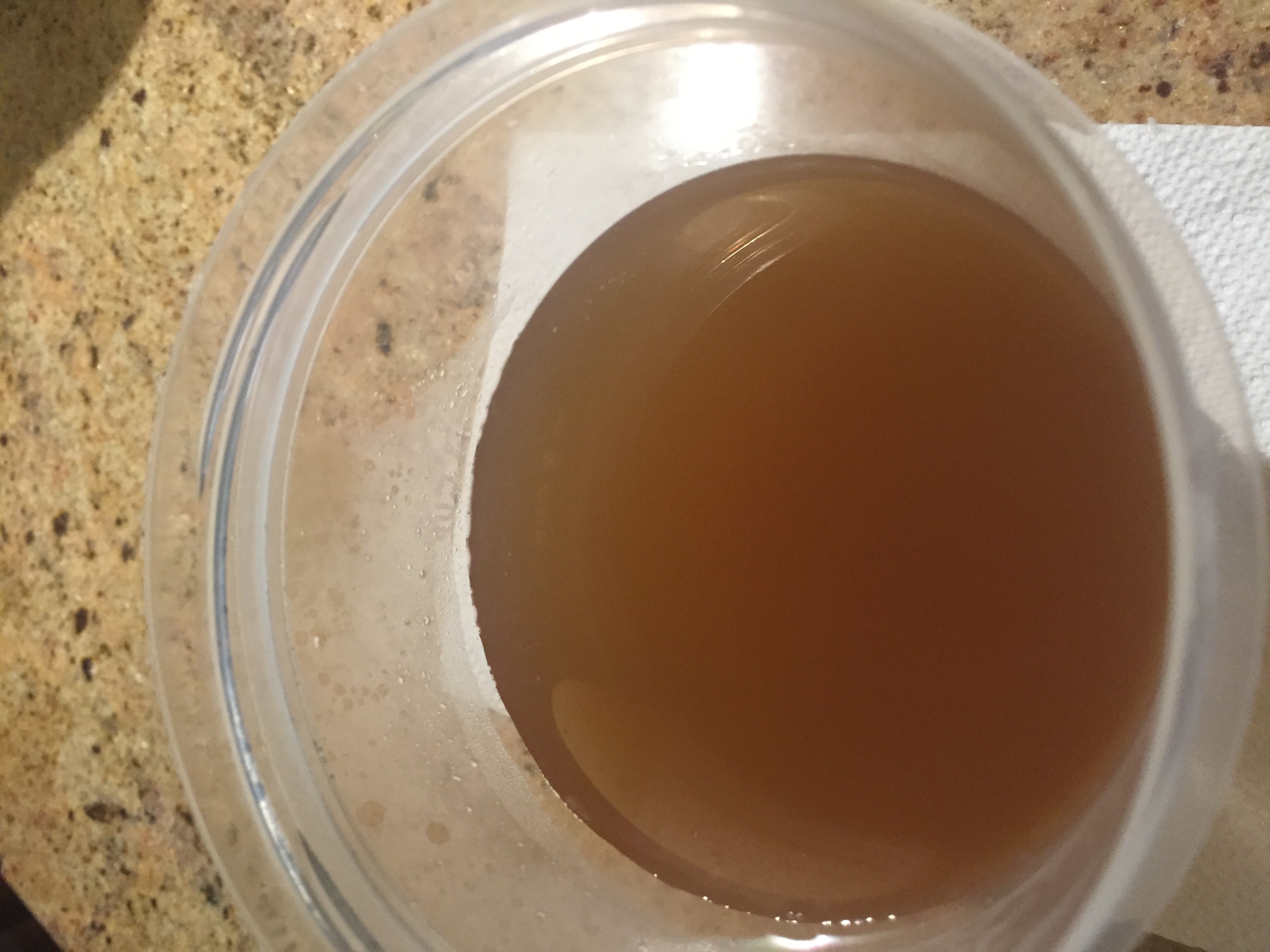 This post was posted in Extend the use of, Frugal Eating